I would like to thank all the drivers that showed up for the inaugural races at TRUE GRIT Motorsports this past Friday night. We had a small turn out at the Daytona Rallycross in the HOMETOWN HEROES Series but had an outstanding turnout in the TRUE GRIT PREMIER Series @ Lanier Dirt which required 3 heat races. Thank You to all the drivers that made week one a success.

This Friday night @ 9pm est (8 Central) the HOMETOWN HEROES Series will be @ Lanier Dirt and right after that concludes, about 9:45pm est (8:45 Central) the TRUE GRIT PREMIER Series is @ Phoenix Rallycross.

TeamSpeak is not mandatory but you must be in it in a majority of the races to be eligible for any prizes. I recommended the 32bit client for gaming as it draws less resources from your pc with no sound/voice quality loss.
Link to TeamSpeak - https://www.teamspeak.com/en/downloads/
TeamSpeak IP: 137.74.131.18 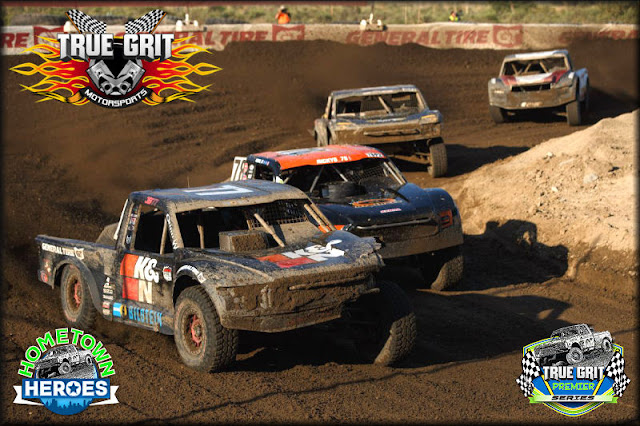