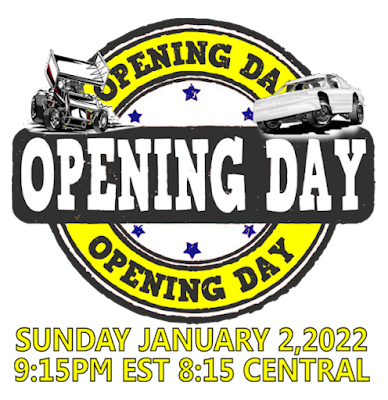 That's right this year we are racing Sunday Nights along with Thursday Nights.

Sunday Nights we are racing 305 Winged Dirt Sprints and Dirt Street Stocks starting at 9:15pm EST (8:15 Central) both with fixed sets and will be in Hosted Sessions.

Our goal at the end of this season is to have enough of a league following to move all of our races to League Sessions but don't forget that just because we currently race in Hosted sessions you still score points for the Season when ever you race with us.

Lets have a great season.

Countdown to Next Race

Friday Nights are Shut Down.